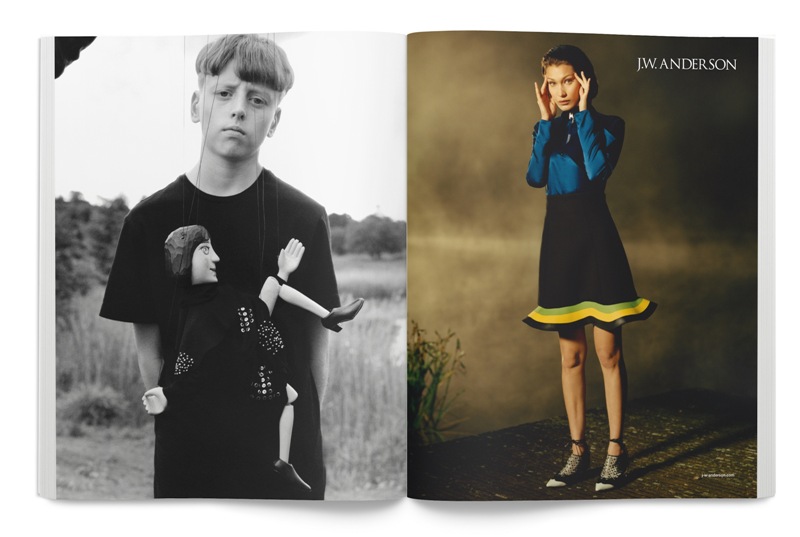 J.W. Anderson tapped Bella Hadid as the face of his fall 2016 campaign. Photographed and styled by Anderson’s longtime collaborators Benjamin Bruno and Jamie Hawkesworth with an art direction by creative agency M/M Paris. The country setting of the Lee Valley Regional Park, outside London, formed the backdrop of the imaginary film set, where Bella was playing the role a screen actress. The images feature the model in key pieces from J.W. Anderson’s fall collection, including peplum-trimmed, structured blouses and asymmetric, leather studded skirts. The pictures appear alongside a black-and-white image of a puppet and a young boy to highlight the cinematic concept further.