DKNY Pre-Spring 2017 campaign features model Imaan Hammam, shot by Tyrone Lebon on the streets of New York—a city as much about the Empire State Building as it is quiet, simple, stolen moments that comprise a day in the life of a 21st–Century New Yorker. The campaign depicts authentic urban instants, like grabbing a dollar slice or hanging on a street corner. Dynamic, evocative, reportage-style film photography captures models in relaxed genuine moods. A mix of styles—from fish-eye to on-camera flash to black-and-white conjures the city’s mutable, ever-shifting energy. 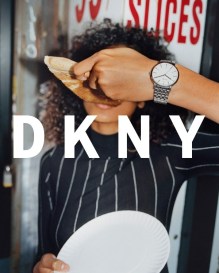 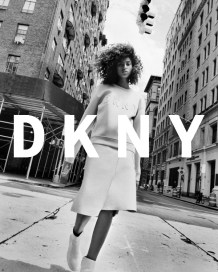