Giorgio Armani presented his Fall 2018 collection in Milan, from pantaloons to oversized furry berets. The pantaloon puffball shorts and skirts were worn with over-the-knee flat lace-up boots, while jacket and shirt sleeves were balloon shaped. Those huge hats were even reminiscent of those worn by Henry VIII, as were the fitted embroidered jackets. There was plenty of tailoring and eveningwear on show for the brand’s core customer. A recurring item was a pair of loose velvet trousers with a louche peplum, which were paired with sparkly blazers as well as jackets and knitwear with batwing sleeves.

For those not into velvet, further trousers were made from a crumpled fabric, while others were sequinned. Long skirts were styled with a knot at the ankle and worn with flat ankle boots. This was a co-ed show, featuring menswear as well as womenswear, and male models also wore velvet suits. The color palette throughout was grey and soft black with hints of pink, purple and blue. Armani’s second show of Milan Fashion Week – Emporio Armani – shows in the city tomorrow. 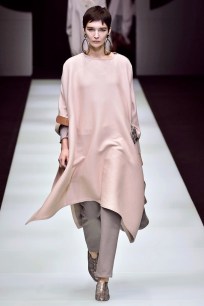 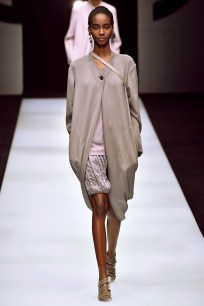 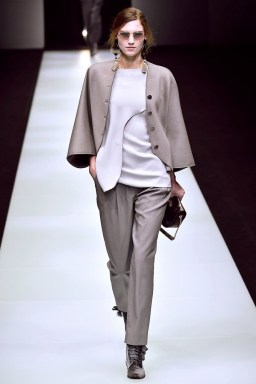 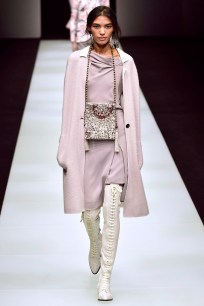 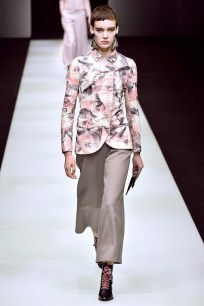 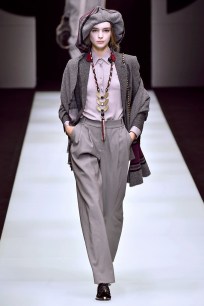 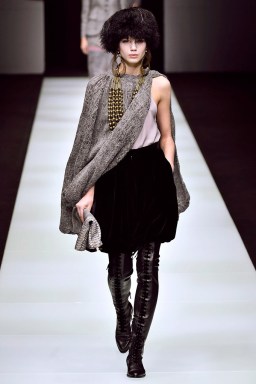 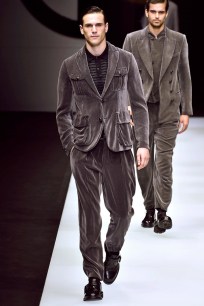 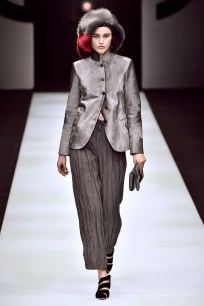 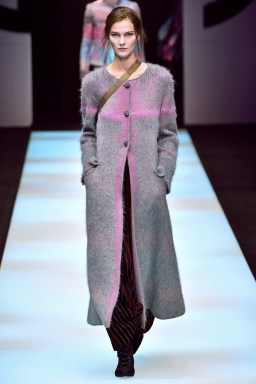 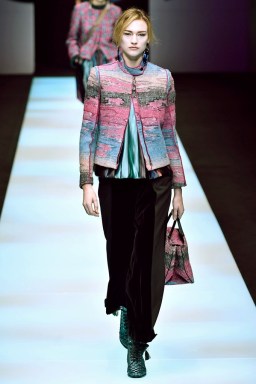 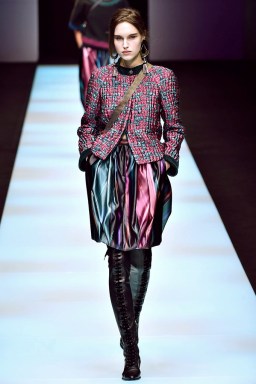 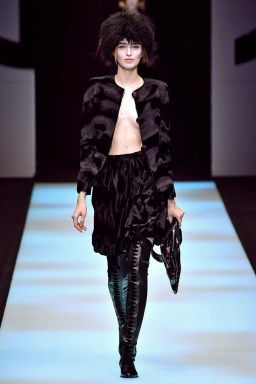 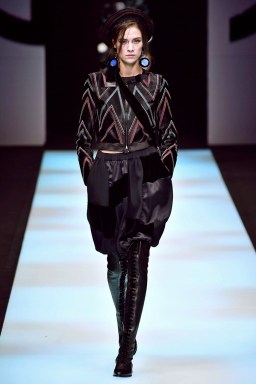 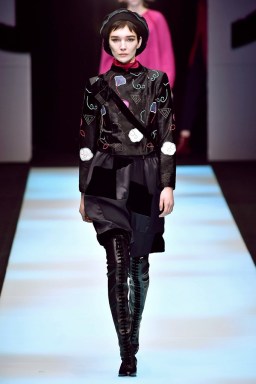 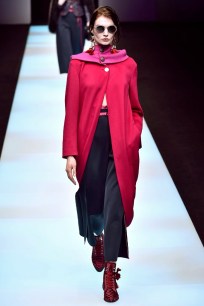 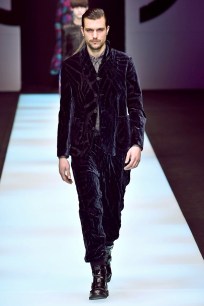 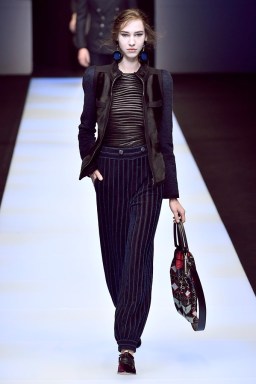 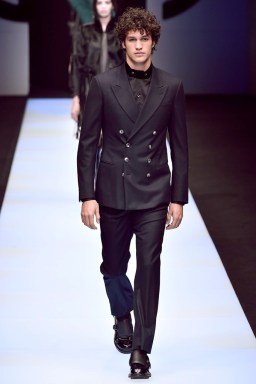 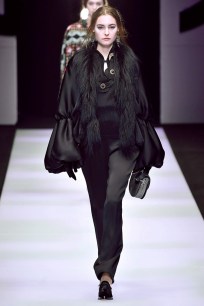 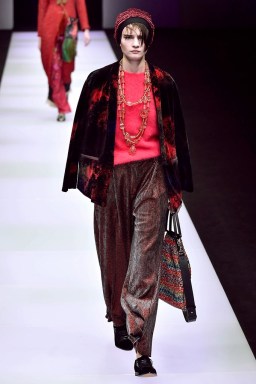 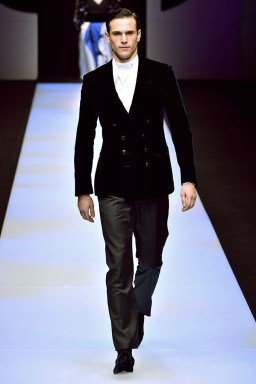 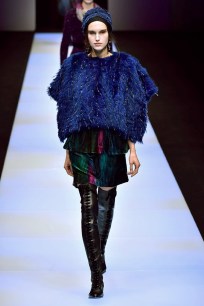 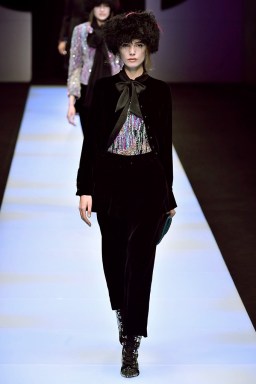 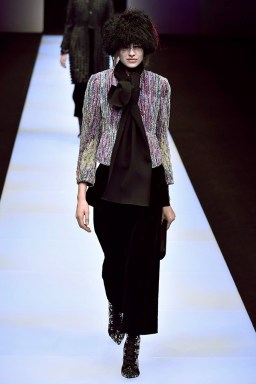 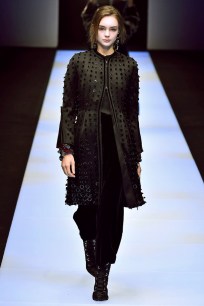 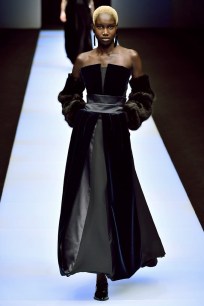 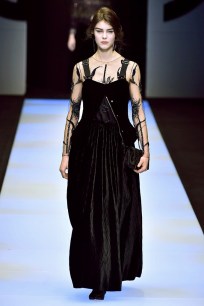 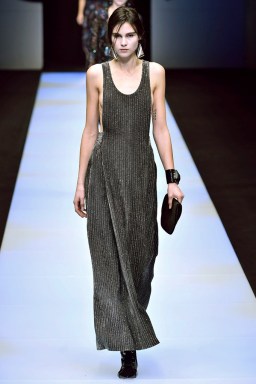 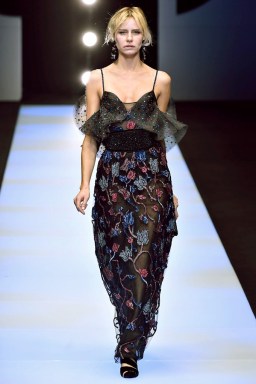