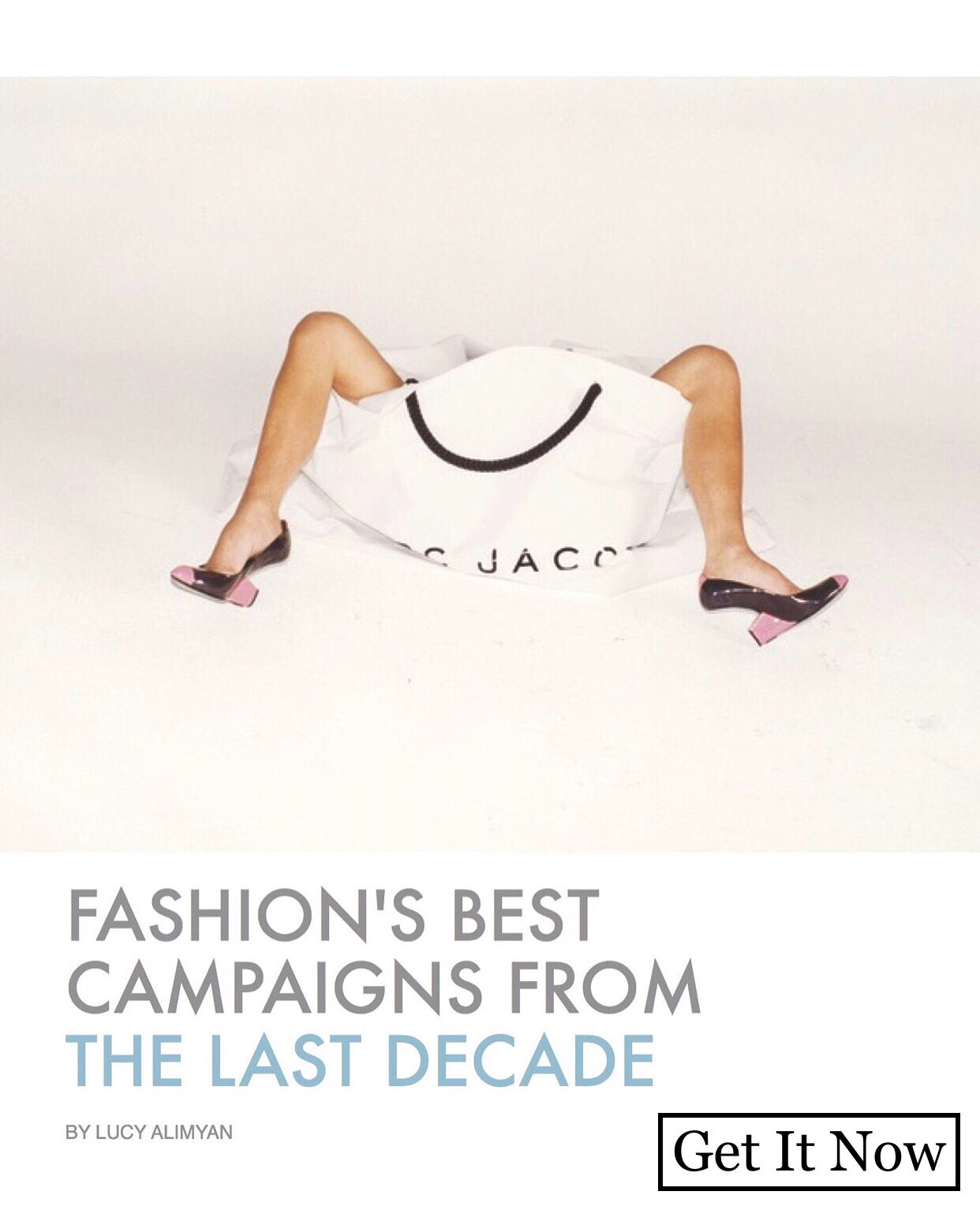 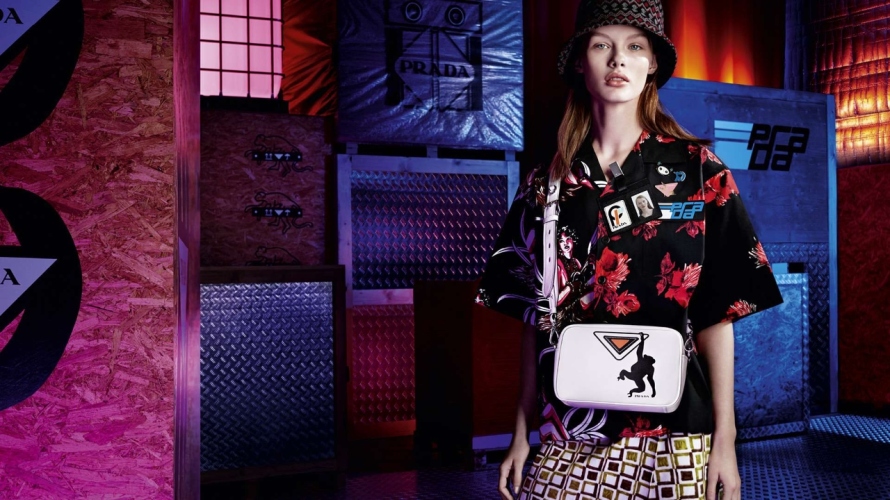 In the background, crates and boxes bear emblems drawn from the Prada universe – hallmarks, markers and talismans, indicating their point of origin. They, like these clothes, express the indelible and immediately-recognizable identity of Prada.

Check out the campaign images below. 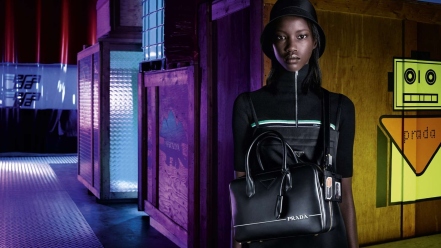 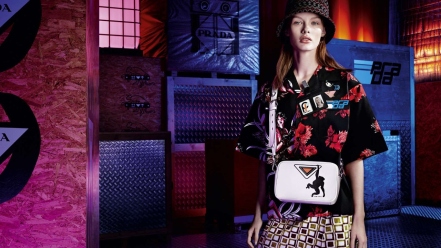 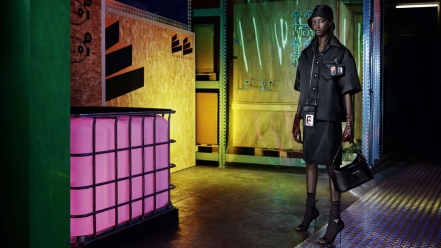 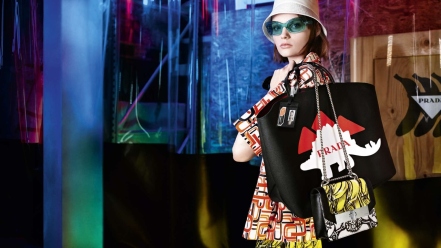 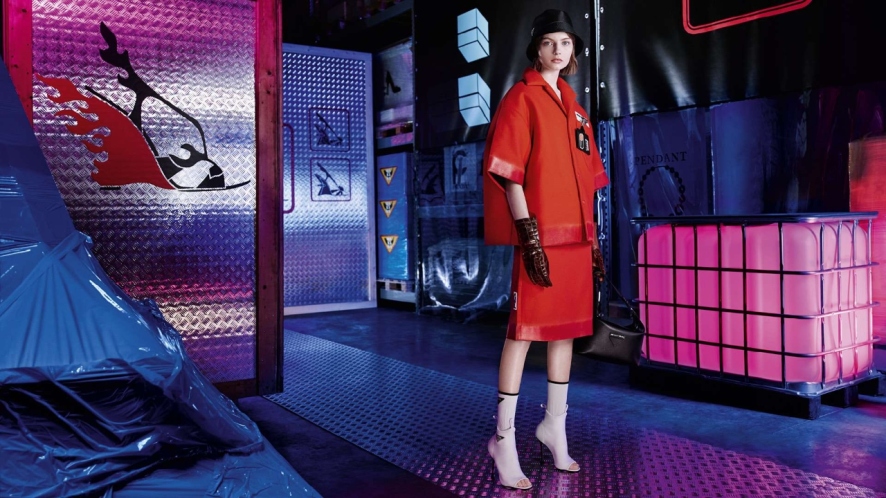