Yesterday in Milan, British designer Daniel Lee unveiled his sophomore collection for Bottega Veneta in a showcase which served to cement a new modern era for the Italian label.

Long renowned as a bastion of stealth wealth thanks to its half-century heritage as a luxury leather specialist, the 32-year-old has been successful in injecting a youthful, agenda-setting sense of relevance to the house since his arrival in July last year.

His debut collection, which was unveiled in February, was chock full of distinctive new-gen hits including square toe padded mules and leather pouch bags which have proven a regular sighting on front rows this month.

There was an evolution of this for next season, with his reworking of the signature intrecciato weave into a squishy shoe strap now among his calling cards. A pair of glitterball pumps joined them, along with huge sack-like holdalls worn across the body and chain strap shoulder bags both bearing the house weave in lieu of any logos.

Denim, pineapple print silk scarves worn as halterneck tops and cargo-pocket short suits were also among the new staples, as well as chainmail slips and asymmetric ribbed knit dresses. But leather was the star of the show, appearing in unexpected ways such as a sky blue statement greatcoat or a short tailored jumpsuit to shake up your workwear.

Check the lineup below. 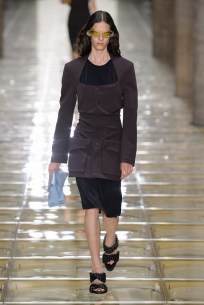 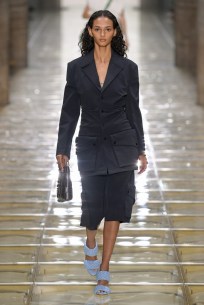 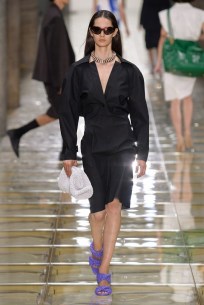 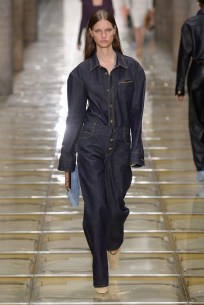 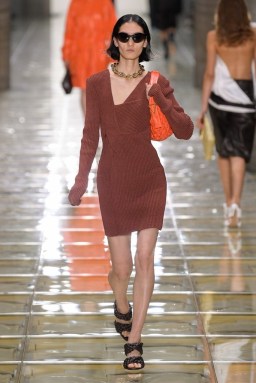 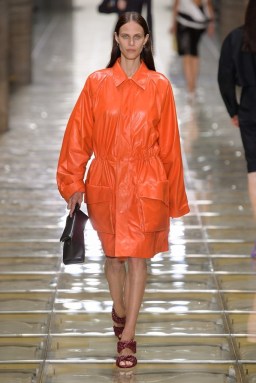 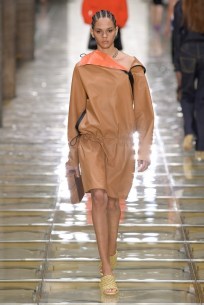 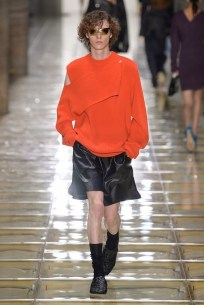 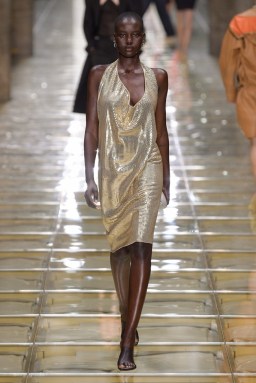 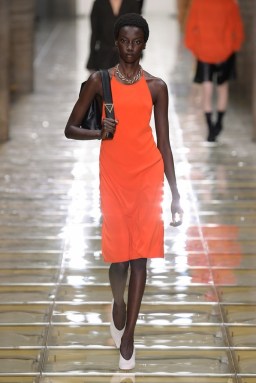 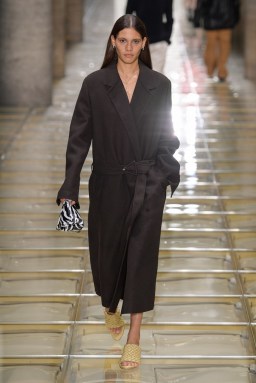 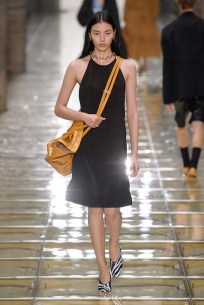 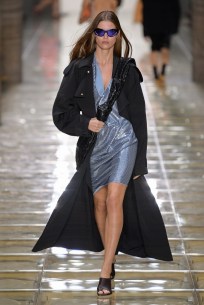 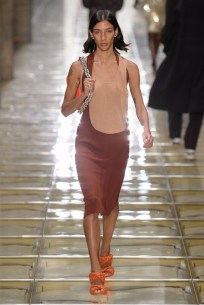 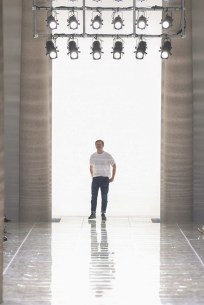