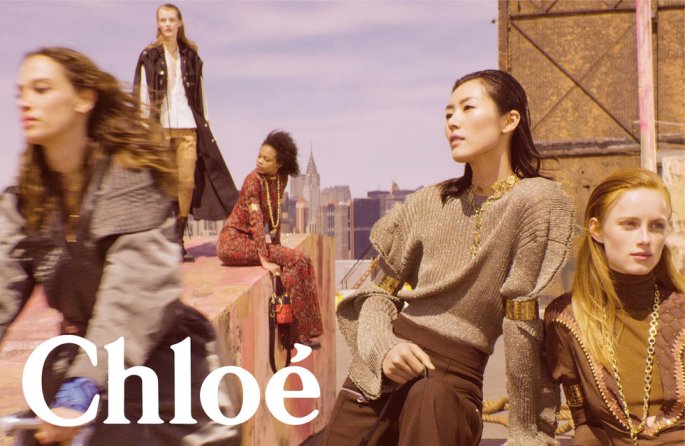 For Chloe’s Fall 2018 ad campaign Steven Meisel filmed and photographed a group of models including Liu Wen, Kris Grikaite, and Grace Hartzel biking and marching across an industrial Brooklyn pier overlooking the East River. Between the scale of Manhattan’s skyline in the background, large slabs of concrete in the foreground, and warm golden light filling every frame, Meisel’s short film captures Ramsay-Levi’s romantic, yet strong vision for Chloe. Balancing out the raw, urban setting, Guido Palau’s effortlessly messy-chic hair a la Parisienne and dewy makeup by Pat McGrath gives the models an otherworldly aura.

“Situated on an industrial pier on the banks of the East River, Meisel’s cyclical narrative creates a series of dynamic and intimate tableaux that portray the Chloé girls as a sisterhood of graceful characters in a hyper-real environment. Cinematic pans to the city skyline accentuate the vast spatial effect that resonates throughout the piece, furthering the notion of call-and-repeat that throws each protagonist into sharp focus as they move about theinspired exterior setting, replacing each other in a free-spirited game of déja vu. Walking, seated, standing, or riding a bicycle, the five women exchange quiet words and secret glances, exuding a confident femininity as they bask in the crisp haze of winter sun.” 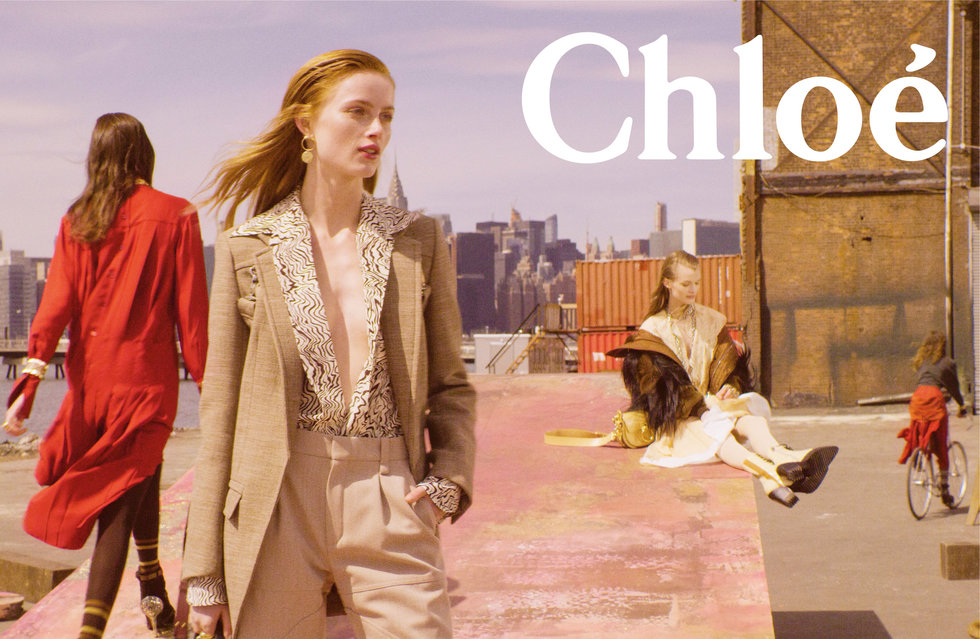 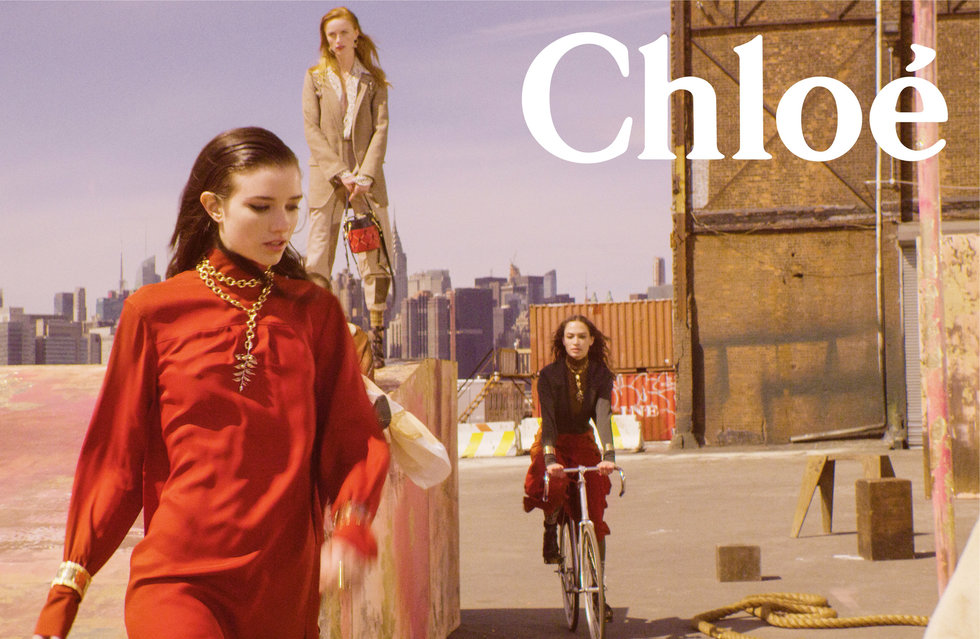 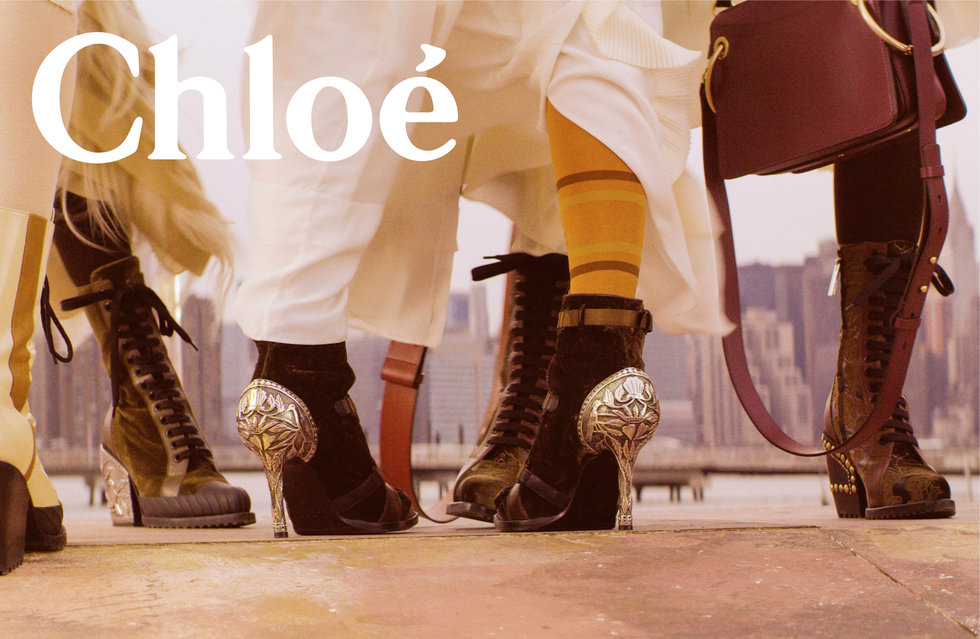 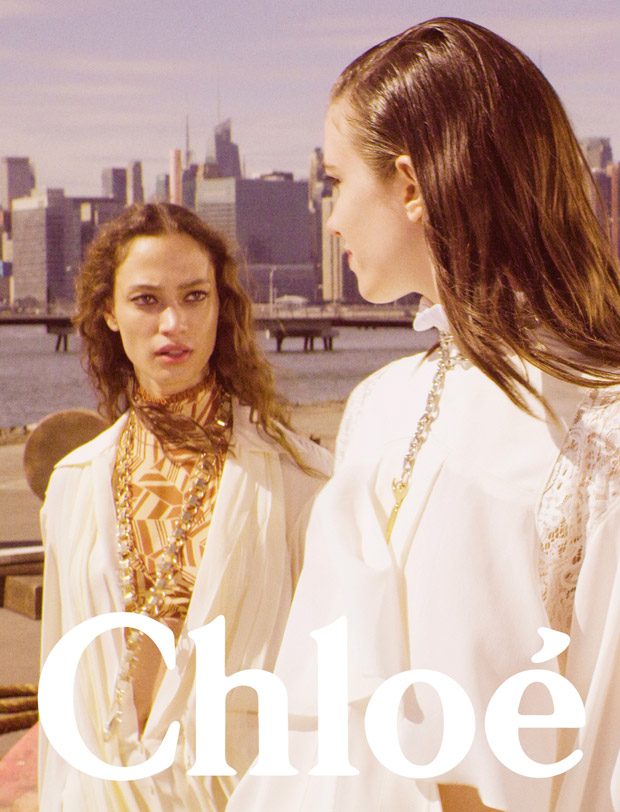 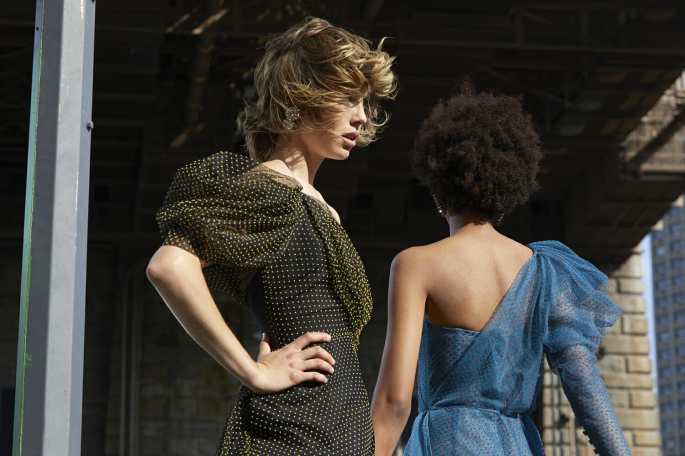 “The first time collaboration between David Sims and House of Herrera Creative Director Wes Gordon, Sims presented the story of two girlfriends caught in the thick of New York City life. Shot on location under the Manhattan Bridge, the images capture the energy and spirit of New York City, with two glamorous friends making their bold Carolina Herrera statements. Both in ostrich plumes, their looks danced in the East River breeze. Edie wore the fuchsia ostrich and metallic ribbon plumed embroidered coat, while Manuela complemented Edie in the white ostrich embroidered topper from the Fall 2018 runway collection.“ 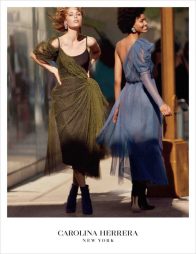 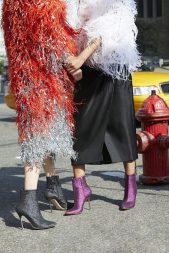 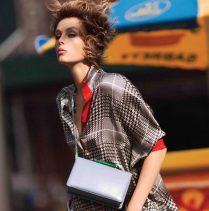 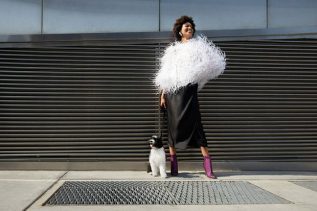 Beyoncé covers the September 2018 issue of the American Vogue magazine. Photographed by Tyler Mitchell. The cover is styled by Tonne Goodman with hair and makeup by Neal Farinah and Sir John. Beyoncé poses in different designs from Gucci, Louis Vuitton, Valentino, Dior and many more.  Inside the issue she speaks in Her Own Words: Her life, her body and her heritage.

Topics covered include the challenges she faced when giving birth to her twins Rumi and Sir, her struggle with body acceptance, her family history, her decision to tap Mitchell to photograph the cover, her Coachella performance, she and Jay-Z’s On the Run II tour, and more. 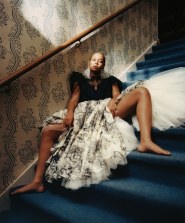 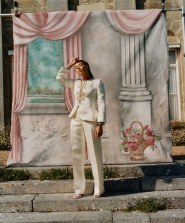 The Fall 2018 CALVIN KLEIN 205W39NYC global advertising campaign suggests a new dawn is on the horizon. This season explores the familiar American landscape through an otherworldly lens, challenging the perception of the real and the imagined. 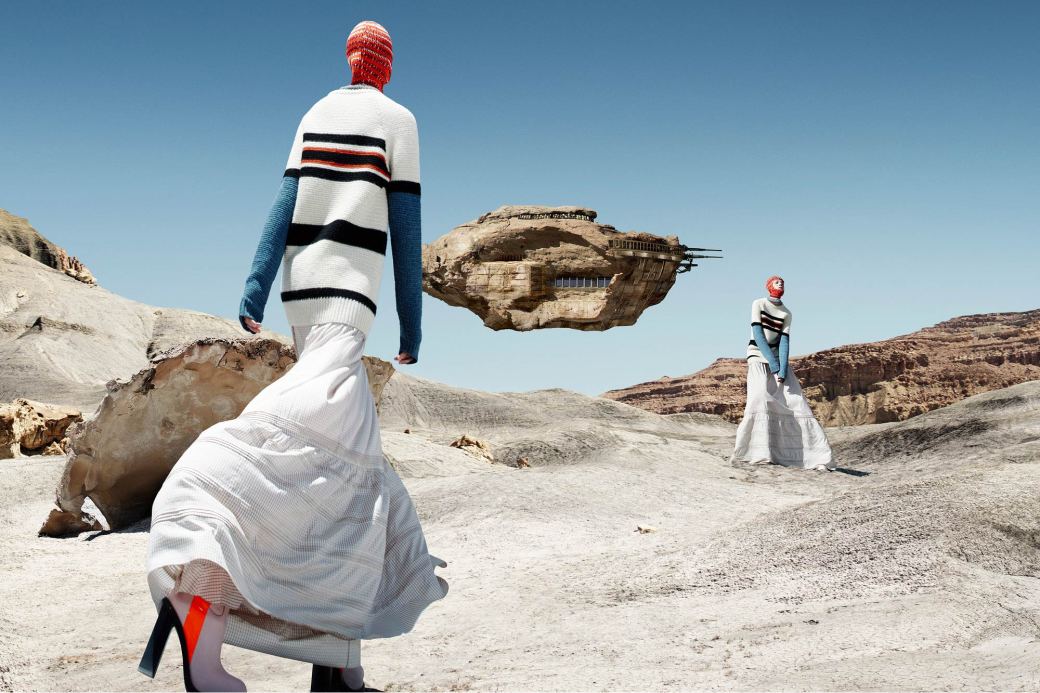 “The Fall 2018 collection is an allegory for a meeting of old worlds and new worlds, relating to the discovery of America, the 1960s Space Race, and the twenty-first century information age. Reflecting the notion of democracy, there is no cultural hierarchy: the mixes emancipate clothing and references from their meanings, from their own narratives, and collage them to discover something different – a different dream.”
— Raf Simons, Chief Creative Officer, CALVIN KLEIN

In a series of images lensed by Willy Vanderperre, a play of scale presents a juxtaposition between the clothing and the isolated Utah landscape, evoking a nostalgic yet otherworldly feeling. A sense of calm and hope are also present, capturing the ever-present theme of American youth. 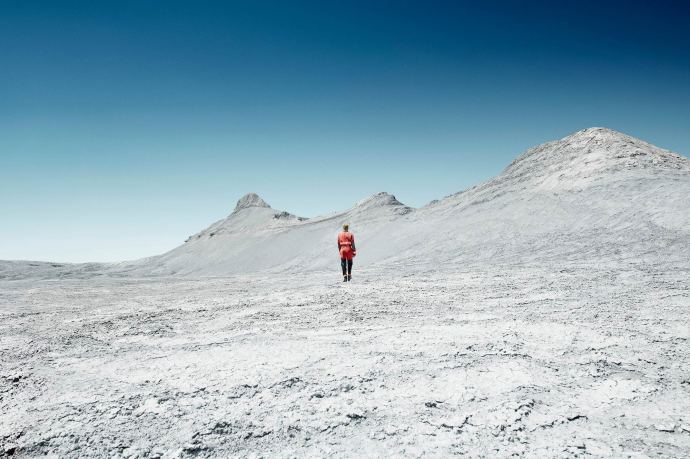 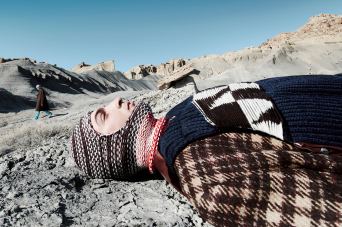 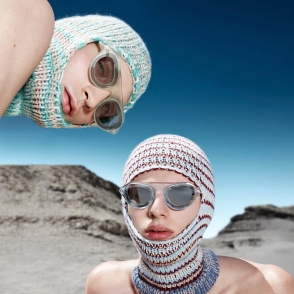 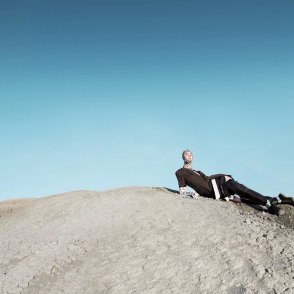 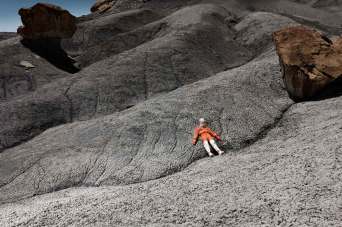 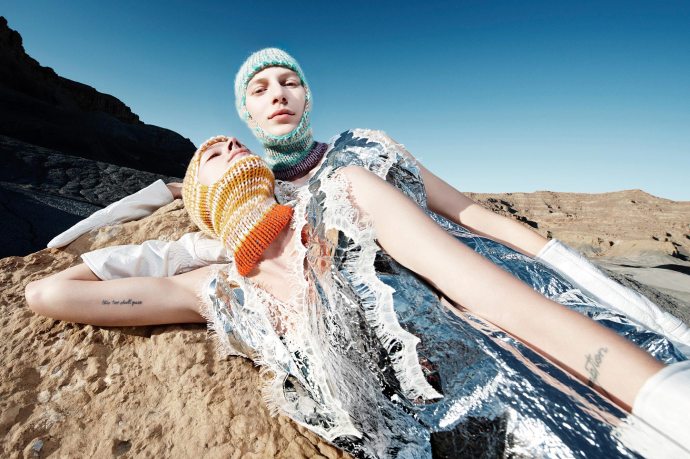 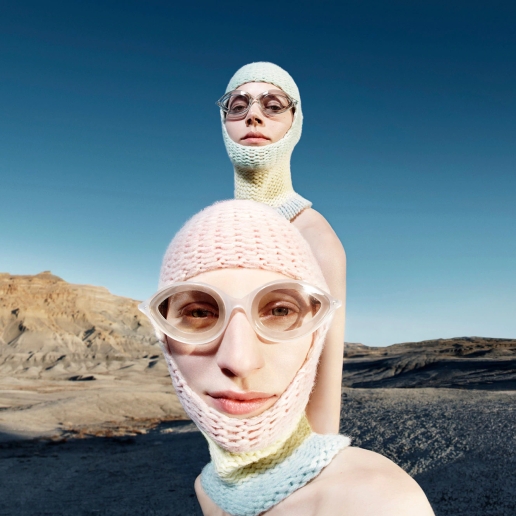 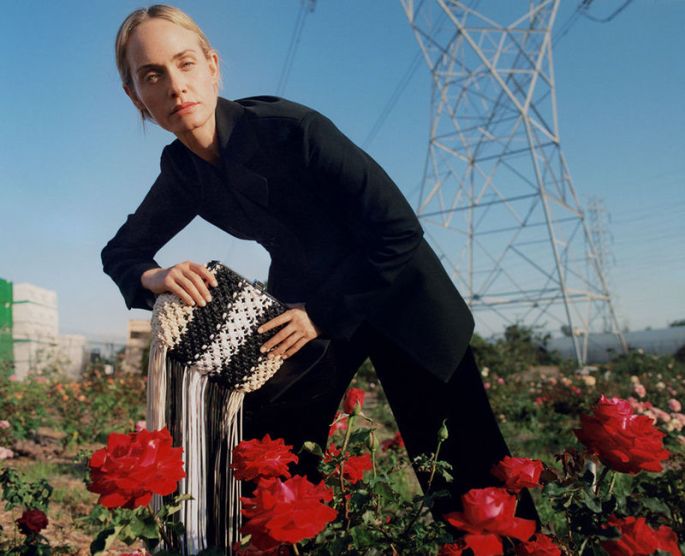 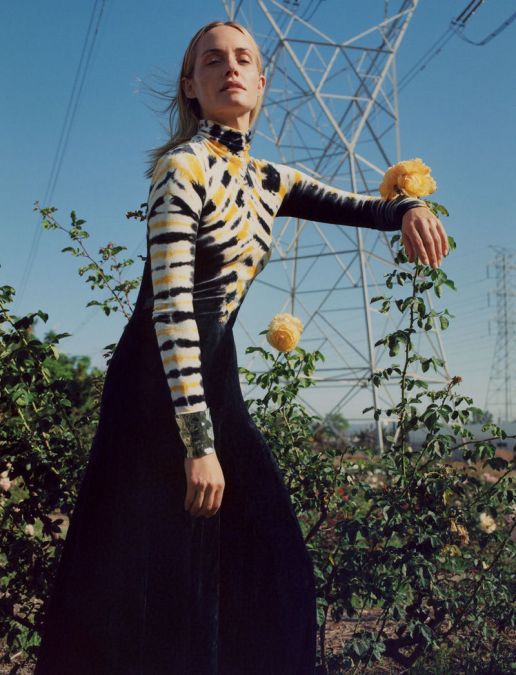 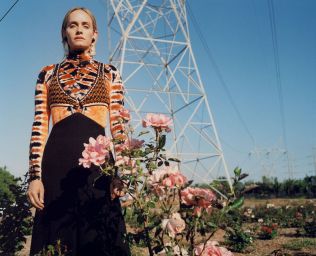 This past February, JW Anderson released an open call for photographers to send in pieces from their portfolios with the hopes of winning a most coveted prize — to shoot a full-blown fashion campaign for the British fashion label. Titled Your Picture / Our Future, the selection committee received a whopping total of 1813 submissions and then selected a top 50 participants to showcase their work at an exhibit in London just before three image-makers were announced as the winners. They are Julie Greve, Simons Finnerty, and Yelena Beletskaya.

“This campaign is all about a ‘creative refreshing’,” explained Creative Director Jonathan Anderson in a press release. “We chose to work with three young, talented photographers, all of whom have their own untainted, creative visions. Fundamentally, they were able to grasp the unfiltered essence of the JW Anderson brand.”

Greve, Finnerty, and Beletskayat were asked to stay true to their respective aesthetic in order to “freshen” up the brand’s look and offer the public their own unique perspectives on the collection. Julie Greve photographed young women in a natural environment — this sort of enigmatic world is a common theme in her work, while Simons Finnerty opted for amusing self-portraits. Yelena Beletskaya delved into chaos with smoke bombs and piles of bags.

Each of the campaign images lends itself to many an interpretation, however, one thing is clear across the board: there are young, talented people all around the world, ready and eager to share their creativity with the world. Fellow luxury brands, please take note. 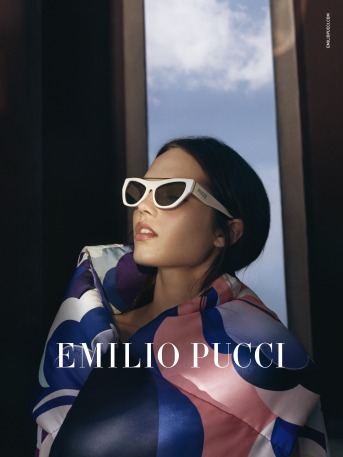 “Like every French kid growing up in the nineties, I was obsessed with The Fifth Element. So, obviously, there’s no need to tell me that Milla Jovovich is an incredible actor and a stunningly beautiful woman. I’ve long admired her strength, style and talents and I’ve often dreamed of finding a way to work with Milla on a Balmain project. That’s why I was beyond excited when she agreed to sign on for our Fall-Winter campaign. I couldn’t wait to see the first images from the London shoot. I knew enough to expect great things—but, honestly, I wasn’t expecting to be so blown away, so quickly. From the moment I saw the raw footage, I knew that we had already captured exactly what we needed. As Leeloo says in The Fifth Element, “boooooooom ba da booom.” Done. We had it. No need for complicated edits or even a soundtrack. I knew, as soon as I saw it, that all we needed to do was keep it simple and retain the focus on what Milla was doing in that incredible space. The strong, minimal style may be new for Balmain, but it perfectly compliments next fall’s styles. An Le’s pictures captured the same stark beauty that Jake caught on the video. I’m sure there’ll be more to come, but for now, I think we’ve got it.” 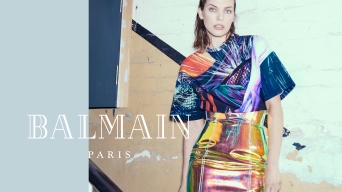 At a punchy get-together in the Italian countryside, a group of international guests find themselves enchanted by the villa, laughter, and their elegant surroundings. But what’s brought them together?

“Together we’ve found a harmony that truly reflects the bold and positive change that’s afoot at Salvatore Ferragamo,” says Creative Director Paul Andrew about his partnership with Menswear Design Director Guillaume Meilland, and the newly-rebooted aesthetic.

Photographer Harley Weir deploys a realist eye on set by bringing authenticity with an analogue camera to present a new distinctive voice. 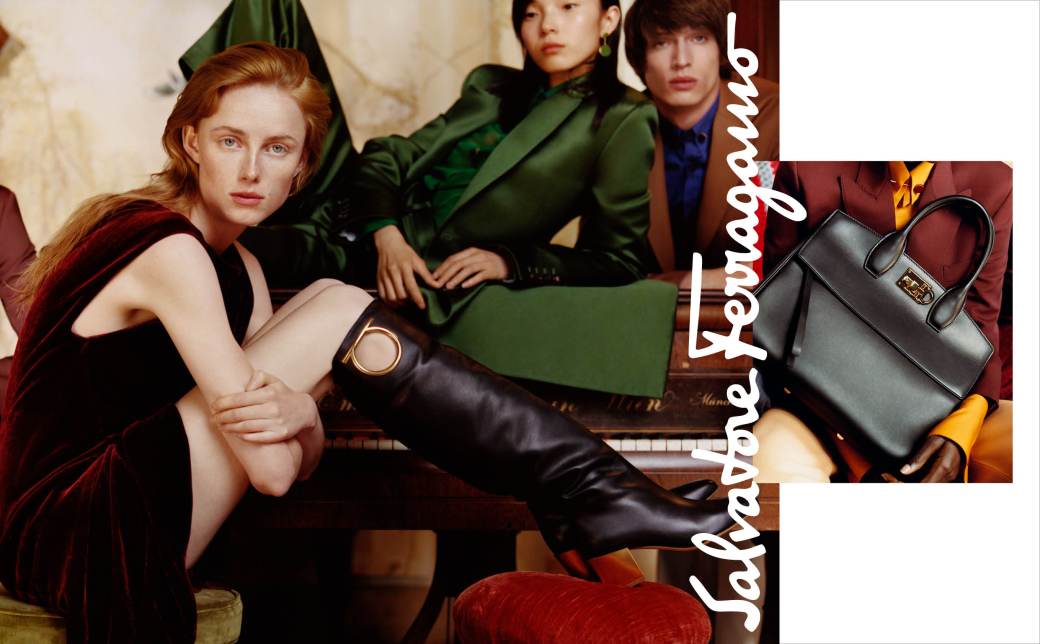 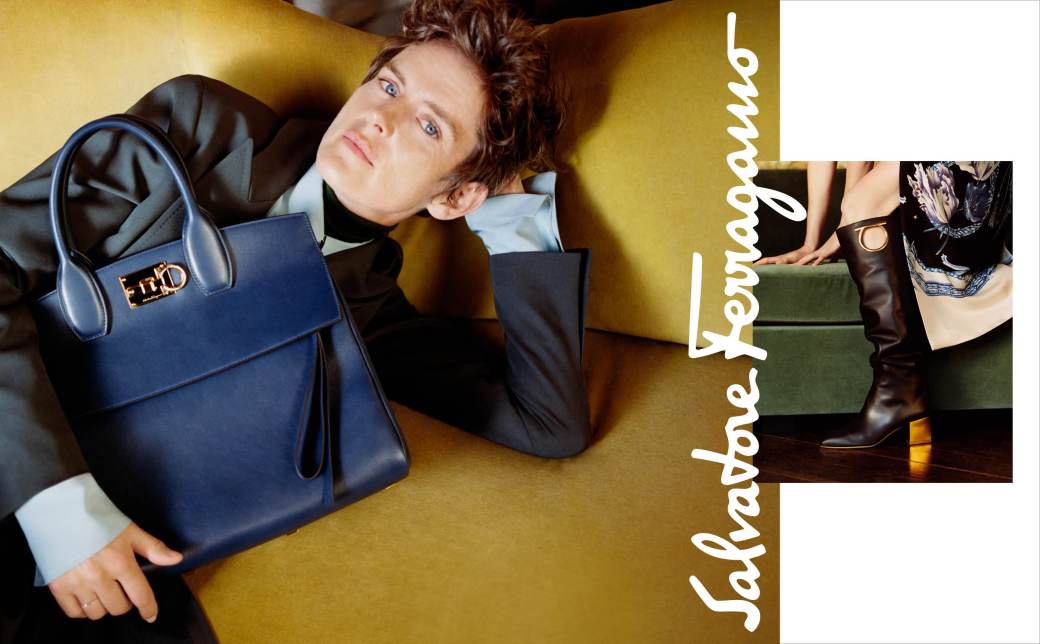 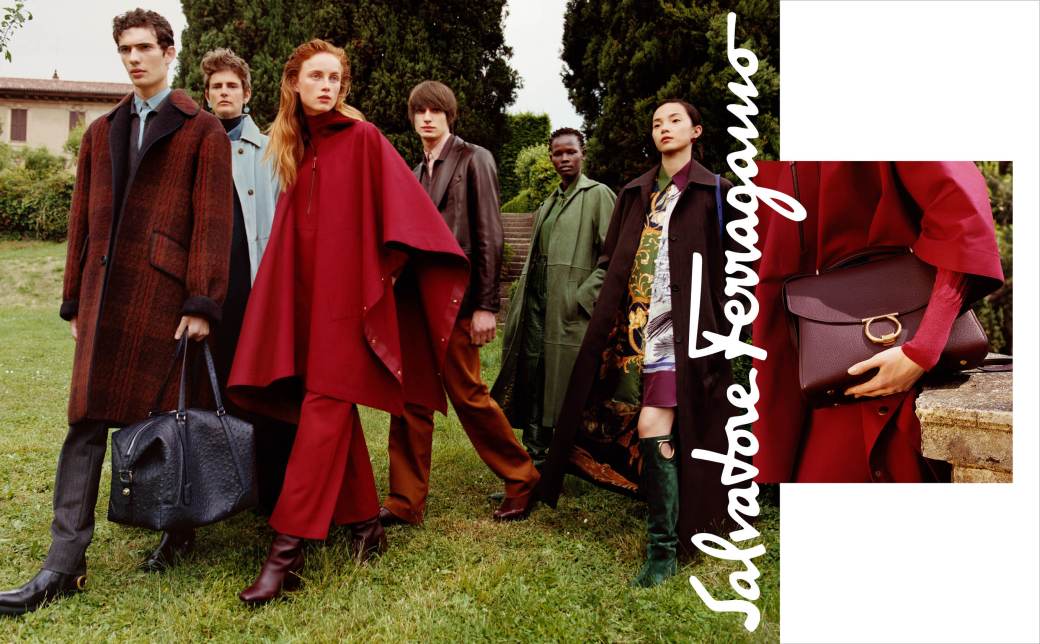 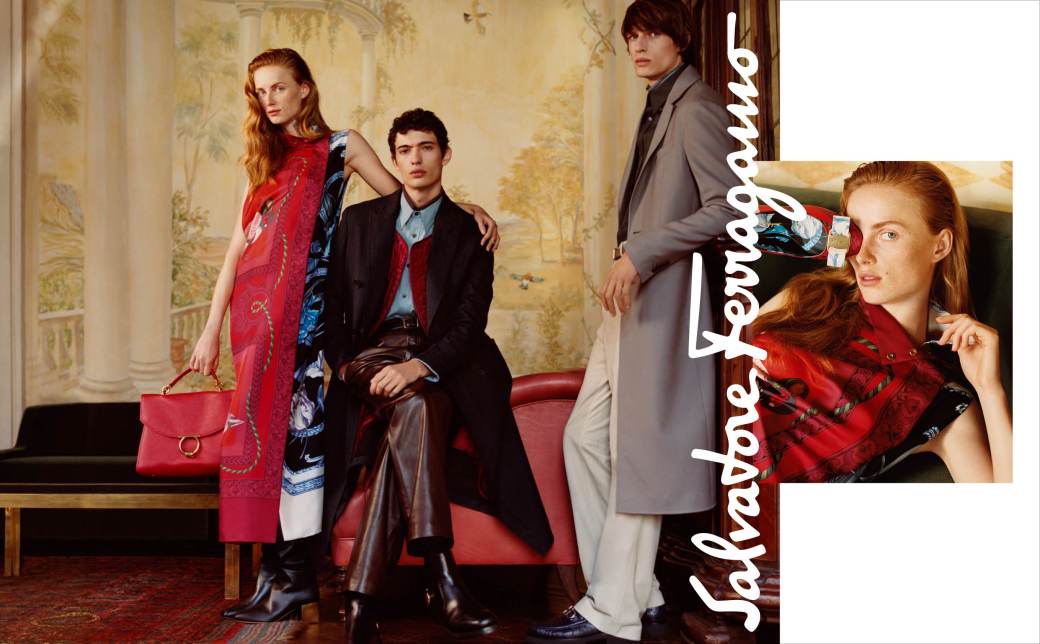