Designer duo Mary-Kate and Ashley Olsen presented their Fall Winter 2020 collection during New York Fashion Week, at the Greenwich Street studio. This marked The Row’s 10th anniversary of their first New York Fashion Week show. An installation of sculptures by Beverly Pepper—an American artist who worked in stone, corten steel, and iron, served as a backdrop for the effortless and minimalist collection.

Gigi Hadid opened the show in a gray three-piece suit, elbow-length gloves, and leather slippers. The lineup was a characteristically sleek run of tailoring – remarkable for its lightness and ease; layers upon layers of slouching, tonal elegance executed with the painstaking finesse that imbues every facet of the brand. Check out the amazing lineup below.

Australian designer Dion Lee has debuted his Fall/Winter 2020 collection at New York Fashion Week featuring his signature technical aesthetic and innovative construction. Along with his new pieces, the designer featured a selection of jewelry on the runway spanning from earrings, necklaces and chain-link constructions found throughout the men’s and women’s collection. Lee told Vogue:

“The collection started with this idea of incorporating jewelry elements into the clothes. I found this chain for myself that I have been wearing for the past year… [it informed the development of] a custom chain that moves between the jewelry, bags, shoes and into the clothes, used to gather fabric, to control pleating and to bring in the silhouettes in places.”

The presentation extended throughout each floor of The Shed in New York where the models descended down the elevators showcasing the latest designs. Dresses, shirts, jackets and other silhouettes arrived in a range of textures and tonal color palettes, as well as indigo tie-dye techniques. Lingerie-inspired corsetry has been incorporated into the women’s collection altering its restrictive fabric by using softer materials like jersey.

Check out the collection below.

The designer presented his latest imaginings as part of the French capital’s Haute Couture Week on Wednesday, January 22, showcasing a dreamy affair of fluid fabrics, theatrical capes and scatterings of embellishment.

The dazzling collection featured shades of white, cream and blush, with intricate gold detailing, while structured shoulders added a certain strength to otherwise romantic evening gowns. Check out the entire lineup below.

The Prada Resort 2020 campaign celebrates the beauty of living, of reality, of today.

As the Prada Resort collection proposes an alternate viewpoint on classicism – the idea of simplicity as a rebellion, of the extraordinary to be found within the ordinary, the new inside the familiar – so a fresh perspective is found here, a different take on the very concept of fashion advertising. No longer a static, distanced image viewed through the lens of the page or the computer screen, the Prada 2020 Resort campaign is integrated into everyday life, subverting convention by breaking down those barriers. It debuts idiosyncratically, not only on the pages of magazines but as something to be experienced, to be lived. Tactile paper images wrap fragrant bouquets at florists in key cities around the globe – London, Milan, Moscow, New York, Paris, Shanghai, Tokyo – at points unexpected, unknown, unanticipated. Everyday places filled with beauty, romance, poetry and stories.

The two photographers selected by Prada to document this collection are noted for their dichotomous yet equally powerful portrayals of personalities – of humanity. New York-based Drew Vickers has drawn international acclaim for composed, calm and elegant portraits that sensitively highlight the quiet and tender human emotion within his subjects. Here, the photographs are as much an expression of the feeling of the collection – a portrait of the fashion – as of the sitters themselves. Prada has chosen to contrast these with the work of Japanese photographer Keizo Kitajima, noted for his real and dynamic street photography from the 1970s through until today. 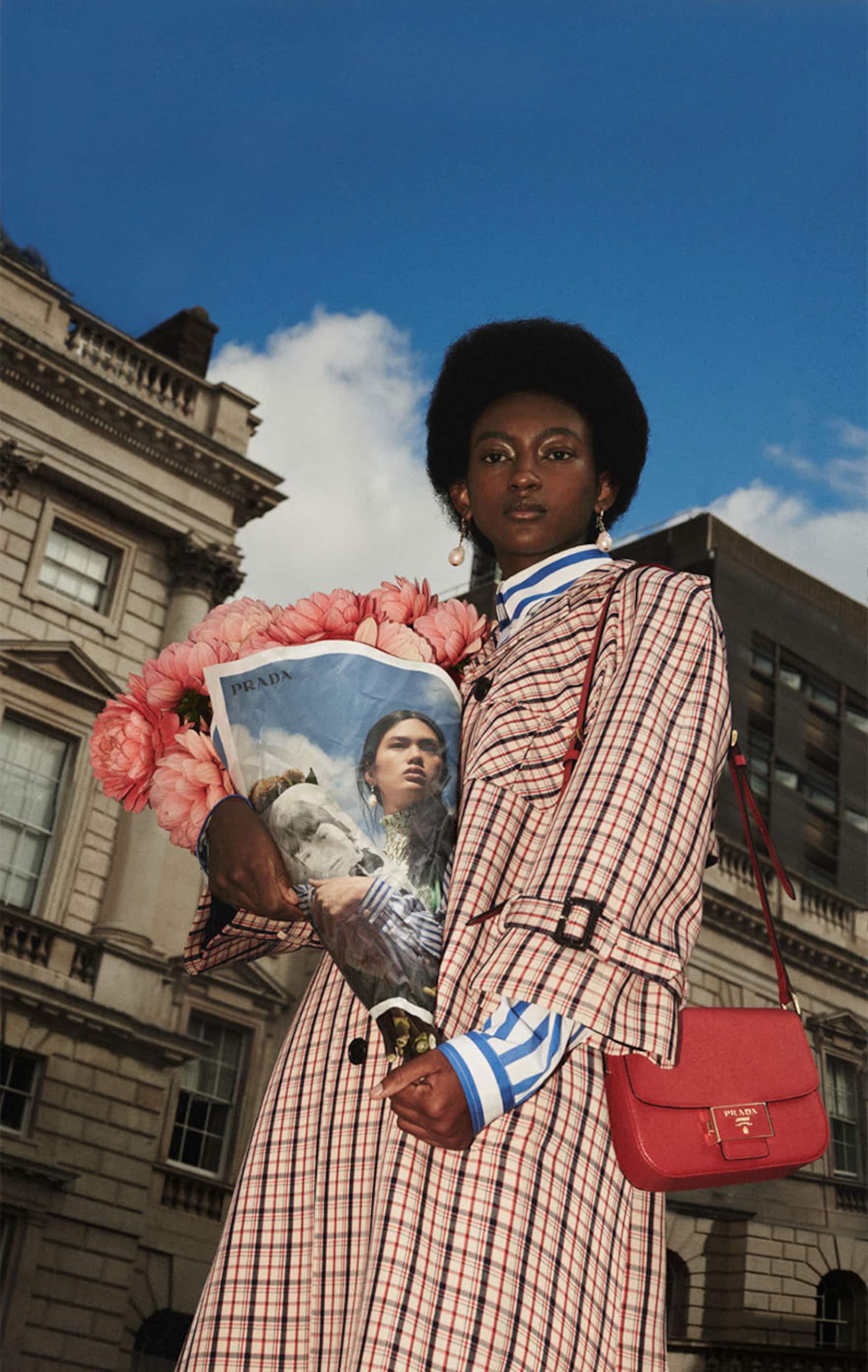 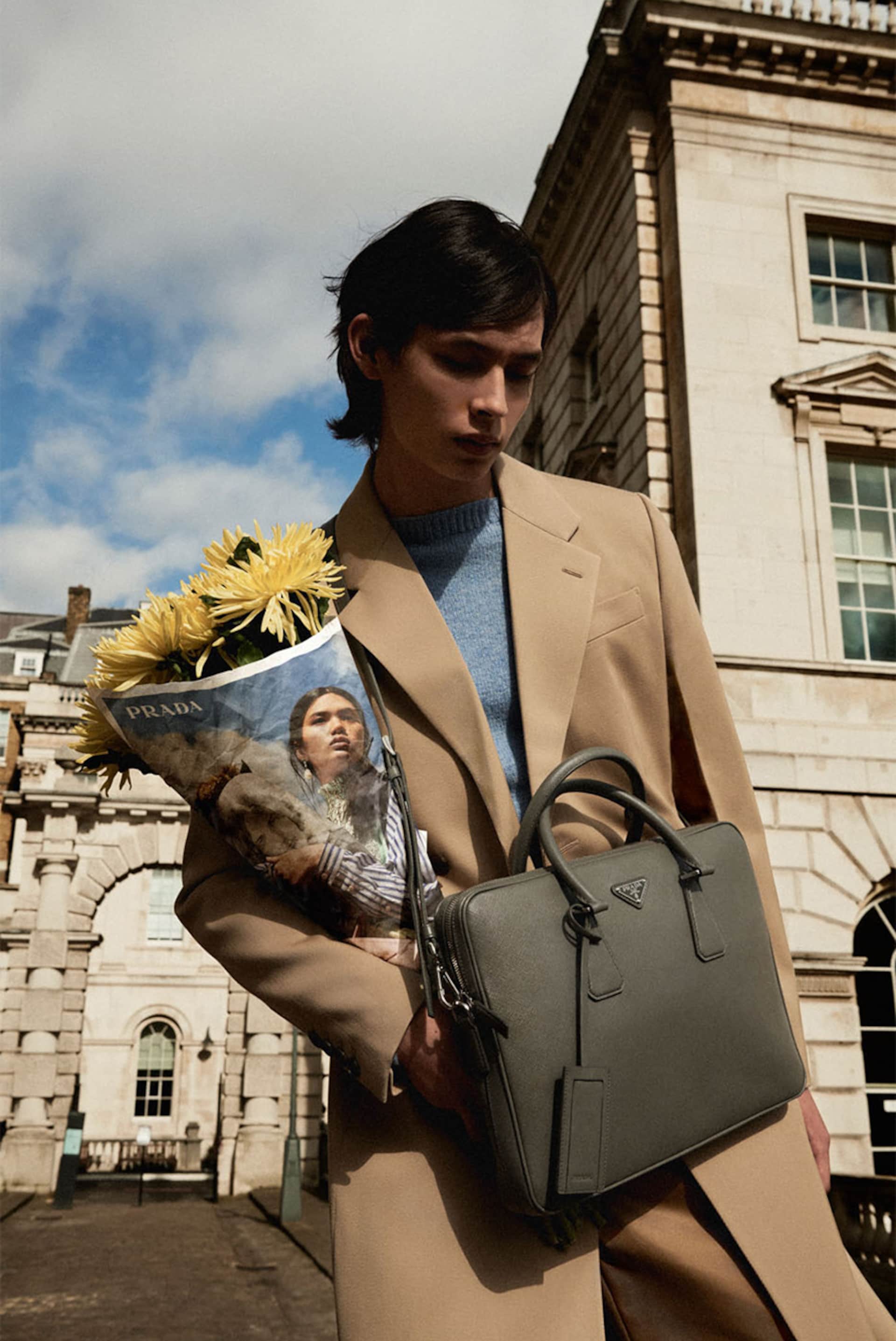 Scrolling through Instagram pages we may notice some memorable items that everyone seems to love. Here we gathered and are happily sharing with you the trendiest must haves of the season. (Hint! It involves a whole lot of Bottega Veneta, our current obsession..)

All eyes are on Bottega Veneta for Fall/Winter 2019 season thanks to creative director Daniel Lee, formerly director of ready-to-wear design for Céline.

One of the key items is The Pouch Bag, an oversized clutch made with delicate folds of smooth buttery soft calf leather that envelope the bag’s frame and create a voluminous rounded shape.

THE POUCH IN BUTTER CALF LEATHER

The Padded Cassette Bag is another big cult hit. A cross-body bag with a padded maxi weave is spotted on every fashion insider this season.

These Chelsea Boots are the MUST HAVES of the season. This boots add a touch of luxury to every look, and will effortlessly carry you through this season and beyond.

Bloc Boots are crafted in Italy from crackled vintage-effect calf leather. Featuring a rounded square toe, these shoes add a touch of minimalist style to any outfit.

Surprisingly, but who are we do disagree, these Mesh Pumps are another big thing in Insta-fashion world.

Bottega Veneta’s new aesthetic came to spotlight at the right time with the right amount of polish and punch to captivate the Old Celine crowd.

“Mademoiselle Privé”, these two words appear on the door that led into Mademoiselle Chanel’s Creation studio on the third floor at 31 rue Cambon in Paris. Today it is the title of an exhibition that invites us to open the door onto CHANEL’s creation offering an immersion into the three original creative worlds of the House, Haute Couture, CHANEL N°5 and CHANEL High Jewelry.

Passing through one chromatic ambiance to another, the exhibition brings together all the integral parts of CHANEL’s aesthetic vocabulary: white for the staircase, beige for the sofa, black for the dining room, red for the writing desk and gold for the fireplace.

Mademoiselle’s apartment is a place of inspiration into the creative worlds of CHANEL. Its atmosphere can be seen as an integral part of the House’s aesthetic vocabulary magnified by Karl Lagerfeld and Virginie Viard.

The exhibition opens its doors at the B&C Hall-Tennoz in Tokyo from October 19th to December 1st.

As part of the celebration of Nordstrom NYC flagship, the latest fall 2019 campaign was concepted in collaboration with legendary photographer Joel Meyerowitz to document the poetry, soul and rhythm of the New York cityscape, features real people – models and passersby alike – on the streets.

Landmee joined LA Fashion Week for the first time and debuted an amazing new collection of ’80s inspired party dresses.  The ’80s vibes were all over the lineup with exaggerated shoulders, ruffles, bows, silhouettes and with the background music “Another One Bites the Dust” by the British rock band Queen. One of the standout looks was the green velvet mini dress.

Landmee is a high fashion contemporary label designed by Netdaw Vattanasimakon, creative director & artist, she knows how to make edgy fashion for any occasion. Landmee’s focus has always been creating stunning looks for women that want to SLAY, why fit in when you were born to stand out is their motto. Check out some of the best looks from Landmee Spring Summer 2020 collection below.

Max Mara is heading to Russia to unveil its Resort 2021 collection. The show will take place on May 25 in Saint Petersburg. The event’s location is still undisclosed.

Max Mara’s runway show in Saint Petersburg will be part of the seasonal resort marathon, which will also see the fashion crowd flocking to Capri to attend the Chanel cruise show on May 7.

While the majority of luxury fashion houses have yet to announce the dates of their resort shows next spring, the pre-fall schedule already counts a Dior men’s showin Miami on Dec. 3 and a Giorgio Armani women’s show on Nov. 14 at the Armani Theater in Milan. During the event, the designer  who will receive the 2019 John B. Fairchild Honor award at the WWD Apparel & Retail CEO Summit to be held Oct. 29 and 30 in New York — will also unveil the first high jewelry collection under the Giorgio Armani luxury label.

END_OF_DOCUMENT_TOKEN_TO_BE_REPLACED

For the purpose of the law, fur is defined as “animal skin or part thereof with hair, fleece or fur fibers attached thereto.” For the purposes of shoppers, that means mink, sable, chinchilla, lynx, fox, rabbit, beaver, coyote and other luxury furs.

California is the first state to ban fur, but it is following the lead of a number of its own municipalities, including Los Angeles, San Francisco and Berkeley. A variety of countries have banned fur farming, including Serbia, Luxembourg, Belgium, Norway, Germany and the Czech Republic. And similar bills banning fur sales have been introduced in New York City and Hawaii, though they have yet to become law.

Over the last year numerous brands have jumped on the no-fur bandwagon, including Stella McCartney, Gucci, Versace, Coach, Chanel, Prada, Burberry, Michael Kors, Giorgio Armani and Tom Ford. H&M, which is not exactly a haven of mink coats, has said it will no longer use mohair. One of the few holdouts is Fendi, which began life as a fur house, still has five outlets in California that sell fur and even has “haute fourrure” fashion shows once a year during couture. (Fendi did not respond to requests for comment on the ban.)

Still, all of this just-say-no-to-fur is not quite the sacrifice it sounds, since for many brands fur makes up a very small percentage of sales (at Coach, for example, fur accounted for less than 1 percent of its business). In California, it was an especially tiny percentage.

Exceptions have been made for cowhide, deerskin, sheepskin and goatskin. Which means that shearling is totally fine. Exceptions have also been made for religious observances (shtreimels, the fur hats often worn by Hasidic Jews, can continue to be sold) and other traditional or cultural purposes.